The energy level of a dog varies in most cases on the breed, ie a Bassethound has a much lower energy level than a Jack Russell, also all breeds were bred for a purpose, something very important to consider, before choosing a certain breed or mixed breed.


Here is an example of non-matching energy levels:


An elderly couple in their midsixties, he is walking slowly on a stick and she is small and fragile. They chose a Rhodesian ridgeback puppy, a breed used for lion hunting in Africa.


The “puppy” dog is now 8 months old and it's “pack leaders” have eventually decided, to see a dogtraining club, because they have no control over it.
They joined dog training classes, didn't learn anything and changed the dog training club to another one.


The problem here is easy to recognize:


The puppy was given too much attention and freedom. Instead of showing the puppy it's limitations and discipline it from the beginning on, it was left to make it's own decisions … They let it become the leader of the family and took over.


It is the case of a very unhappy dog, it doesn't get enough exercise, although it has a very high energy level and on top of that, it is the boss and has no respect for it's owner.
I have seen this many times … and I have seen many dogs, which crossed into, what we call the red zone, that means, they attack their owners and others, because nobody does anything about the situation. This is then considered a “agressive dog” and is at risk to be put down.
This unfortunately happens many times every year.


To understand the dogs mind:

A puppy is permanently controlled, disciplined and taught by its mother.

If the puppy arrives into a new family, it's mothers actions have to be taken over by his new “pack leaders” (owners). If that doesn't happen, the puppy will grow into an uncontrolled, dominant “pack leader”, which it doesn't like, but it has no choice and turns into a very unhappy dog.

So, if the dog is the leader of the pack, it has no respect for it's owner, will not obey, and instead gains more and more dominance.

The solution to this problem:

In this case a good dogtrainer will tell the owner, not to join a dogtraining in groups, the training will have to start at home, where the whole problem began.
Only at home can the owner learn, how to behave like a proper "Pack Leader" and only after this learning process for dog and owner, any obedience classes can be considered.
In this case unfortunately the owner of the dog is ignorant towards his dogs needs.

Thank you for reading,Sabina Farnhill, Canine CoachingDog Training on the Costa Blanca from Calpe, Benissa to Javea 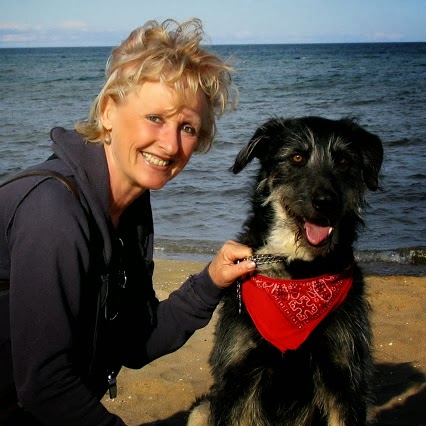